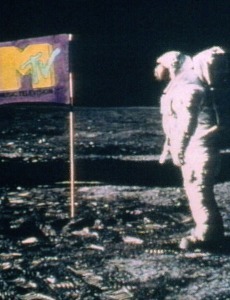 I know that this is a worn out trope and that there are any number of folks who have written (and even created videos) responding to it, but in this case it’s more of an entrée on to the topic of what has been playing on my second monitor all week.

END_OF_DOCUMENT_TOKEN_TO_BE_REPLACED 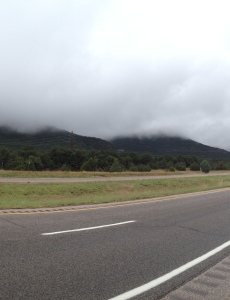 A line stolen (and butchered) from a song by what may be the quintessential Arizona band, The Refreshments (long since disbanded, but with a couple of the original members still making music as Roger Clyne and the Peacemakers). “Nada” is a ballad that is about anything but the nothing that the title suggests. It’s the story of a person seeking something (Redemption? Death? It’s up to you to interpret) as s/he drives and then walks further and further into the Mexican desert.

Here are the Peacemakers performing Nada live (which is really the only way to see it):

The point being that I drive a lot. A WHOLE lot.

I don’t like to fly, and since I recently moved two states away from my extended family, I’ve been finding myself packing my wife and kid into the car and going back and forth for a whole ton of (frustratingly minute, given the length of the drive) reasons.

That said, I can’t remember the last time it was just me and the open road. Where the blacktop stretched before me, beckoning me to leave it all behind and to lose myself in the desert. I can’t tell you how I miss that catharsis sometimes.

Well this weekend I found myself doing just that. A work event had me driving 500 miles south for 3 days and then 400 miles southwest for another 4 days before returning home. As I drove along, winding my through New Mexico’s high desert, the skies were dark with some of the worst desert storms they’ve had in decades. The lightning was striking, and “Nada” came on over the radio. Not on my playlist, but on some random New Mexican terrestrial station that I had found.

The moment was . . . it was just one of those. The moments that remind you that you’re actually alive, not just sleep-walking through it all.

Once the song was over, the goose bumps had faded, and I was done singing at the top of my lungs, I just had to pull over and take this picture, effect courtesy of the iPhone’s panorama feature:

The clouds were so low it felt like you could touch them. Despite the occasional car speeding past, it felt like I was the only human left on earth and like the highway stretched on forever. And it’s a good thing, or I would have had to keep going south. Like the narrator in “Nada,” I too was feeling the need for my soul to come alive.

And no, there ain’t no moral to this story. At all (and everything I tell you very well might be a lie).

So, uh, if you guys are looking for me in February, you’ll know where to find me…

What are the stalking laws related to entire bands?

Last night I went to see one of the most amazing shows I’ve ever seen in my no-longer-quite-so-short life. AC/DC more than proved that even though they are well past what most would consider the age at which they should hang up their guitars and retire, they are still mother-fucking ROCKING. Something I have to admit I find amusing is that when this show was announced and the admittedly steep ticket price was revealed (a biscuit shy of a c-note a piece), I got no end of crap from almost everyone I knew for immediately buying tickets. Walking around today with my new AC/DC lanyard, I was stopped both in work and at the convenience store by both friends and random strangers asking about the show and lamenting the fact that they couldn’t get the tickets. The thing had sold out. How cool is that?

So this post is incredibly short and kinda random because said show of course let out rather late and was in downtown Phoenix. After I dropped off my date to the show and then got myself on home and in bed, it was nigh on one in the morning, and seeing as I have to have my carcass up at five in order to do battle with that beast called traffic in order to be at work on time, it is rather shocking that I’m even conscious at this point.

In unrelated news, I’ve got quite a few things coming up which will be a nice little fill to my time. My company’s holiday party is this weekend and it promises to be . . . an event. It certainly was last year. Last year the “mystery band” turned out to be the Gin Blossoms. This year, it is “two legendary rock bands” as well as a “famous comedian.” Who knows. I just hope I actually win something this time around. It would be a nice change for once. Then on Wednesday is my birthday and I’ll be celebrating it the following weekend by jetting up to Vegas for a few days. It’ll be nice to get away. No real plans. Just intoxication and gambling. More of the former as I am lacking a primary component for the latter.

And that’s about me for now. Take care everyone.