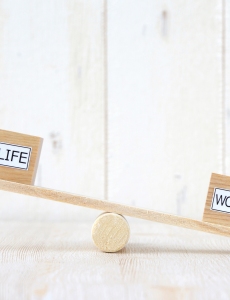 Back in the early days of when I worked for Automattic, the folks behind this very blogging platform, new hire training was done over the course of two or three days. Full-time reps were asked to take training shifts of about a half-a-day each and cover certain topics for whichever session they were teaching.

Being the team player that I was, I tried to help out as much as I could. In each case, I would generally try and get that very first session on Monday morning because I would always sneakily add in one additional little bit to my agenda.

I would tell everyone to work less.

END_OF_DOCUMENT_TOKEN_TO_BE_REPLACED

Much of this will not be news to many of you (since we did not exactly hide what was going on when it happened), but last week our youngest, Georgia, got sick.

We were on our way back from Kendra’s Birthday Extravaganza in Barcelona, Spain, when we got a call from my mom and dad, who had been babysitting the kids. She wanted us to know that little Jordi was running a fever. It wasn’t too bad, but she felt we should know. “No big deal,” we said . . . we were on hour 31 or so of a 39 hour trip home, and so our give-a-fuck about anything was pretty low. “Just keep an eye on her and if it gets BAD let us know.”

END_OF_DOCUMENT_TOKEN_TO_BE_REPLACED

I work for Automattic, the makers of WordPress.com amongst many other great products.

Every day, I spend my time answering questions from and fixing the blogs of our several million users in our online forum. My team and I would never be able to do so without the unflagging help of a small and dedicated group of volunteers who donate their time to people they will never meet and never hear from again.

Last week, one of their number passed.

1Tess, the moderator for our English forum (and a one-time applicant to Automattic as well), was purportedly online and helping users right up until she logged out to have a lay down, from which she sadly never got up.

She signed off of one of her last threads with final words of such beauty that . . . well, I hope that when it is my time I manage something half so poetic:

For now my brain is only moon-light, snow-storm, and dream-time.

Thank you, Tess. For all that we never met, you were always wonderful to me and I thank you for all you have ever done.

As you (probably) know, I am an Automattician . . . I’m a Happiness Engineer for Automattic, the company behind WordPress.com, VaultPress, Akismet, Cloudup, and a whole host of other amazing products.

Over the coming weeks you are probably going to see a bunch of other employees posting a blow-by-blow of what we do throughout our day. We have a really unique setup; we are completely distributed as a company meaning we all work from home for most of the year (at least one week we all get together for a Grand Meetup, and we also travel to conferences, which you’ll see pictures of throughout this blog).

A couple of notes:

6:20am
My son, Malcolm, wakes up and starts screaming his fool head off. My brother-in-law’s band had a concert last night so my wife, Kendra, and I didn’t get to bed until pretty late. Though I usually get up with him on days that I work, she was sweet enough to get up with him today. Faith in the institution of marriage: restored.

6:55am
Alarm goes off and it’s time to get up for work. I brush my teeth and grab my laptop. Work emails are loading by 7:04.

7:10am
New emails have been read (there aren’t many since I stayed on top of things for once this weekend) and I start going through the older emails/P2s which I flagged from earlier in my weekend for follow up. This takes a bit longer since we’ve got quite a few things going on these days.

7:45am
Start catching up on Slack backscroll. This also takes a LONG. WHILE.

8:25am
Finally able to start in on FRs (Feedback Received, any replies to tickets which we’ve already done). I don’t have any tickets in our older legacy system, Kayako, but I have about a dozen tickets in our newer ticket review program, TQR. We always tackle responses as quickly as possible so that even if our users had to wait a little while to get their first response, they won’t have to wait any longer than necessary to get things fully managed.

9:20am
Wrote out an entire HG Ticket and write as I was about to submit it, I went to get a final piece of information buried in the user Report Card and answered my own question. Was incredibly relieved that I didn’t waste anyone’s time but my own!

9:30am
Starting in on new tickets. Modlook and Staff Answers are in the 130s and 90s respectively. Even if the queue wasn’t higher, I’d be doing Modlook as the tickets are frequently older (a user will post a question in the forum and we don’t necessarily find it immediately. Plus tickets continue to get modlooked over the weekend, even on Sundays). Oldest tickets today were originally created well over 2 weeks ago, as an example.

10:07am
My family has a family-wide breakfast every two weeks on a weekend day. No matter what my wife says, these breakfasts were MY IDEA! 😉 We weren’t able to do it yesterday, and so it’s being held today. Breakfast is ready and I now have 3 toddlers trying to press keys on my laptop. Time for a break for some family time and some delicious brunch! 🙂

10:35am
Foooood commmaaaa. Back to tickets, energy drink in hand. Please see this recipe for super-amazing biscuits n’ gravy casserole which currently has the other half of my BFF necklace.

11:30am
Restarting 1/2 of the current soundtrack of my life: Tangled. Can’t handle Cars today.

1:15pm
Tangled is over. Kendra is up from her nap (she hasn’t been feeling well), and they are playing games which supposedly do not distract me. The fact that I’m recording this fact here shows how successful they are. Goal of said game seems to involve a competition to see who can be more OCD in the arrangement of toys according to colour, size, and shape. I don’t know which of the two I should be more worried about.

2:50pm
SHIT. I apparently took down the entirety of WordPress.com by setting it to Private when I was trying to set one of my test blogs to private. It was private for 48 minutes. Doing my best not to hyperventalate. .com is already back up and the way this occurred has apparently happened to several others, but it was really nice not being one of them.

2:57pm
Posted to WHTA to let everyone know what happened about setting .com to private, just in case there is any fallout. Thus far there doesn’t seem to be any.

5:47pm
An early finish today. Mostly because a toddler is currently insisting that it is HIS turn to play with the keyboard instead of me.

So there you have it! A day in the life. And because this is a photography blog first and foremost and always, here is a photo of Automatticians not working TOO hard at our most recent Grand Meetup!