I fully admit that the Amazon Echo is a product which may prove to be any number of bad things. On one end of the scale, it could just be a waste of money; something which gathers dust and is never used once the polish has worn off (I’m looking at you, Siri). On the other end, it could be what my wife predicts; the precursor to SkyNet and the a sign of the machines’ Judgement Day writ small.

However like all   foolish husbands and unapologetic geeks I preordered one anyway, taking the multi-month wait time in stride.

Today, the wait has ended. I received my Echo and it is (thus far at least) glorious.

END_OF_DOCUMENT_TOKEN_TO_BE_REPLACED

Google Plus has done its magic and created a “year in review” out of the photos and videos which I uploaded to their service. Since I have my phone set to backup to G+, that means pretty much every photo I took with my phone (it’s too bad I don’t back up my nice camera to the service, the video would be pretty epic!). As you’ll soon see, I take a ridiculous number of photos of my kid. 😉

What this really does is drive home just how great an adventure my family and I had this year . . . and how much I hope to be able to continue having them in the years to come!

Thanks for putting this together for me, folks at Google! 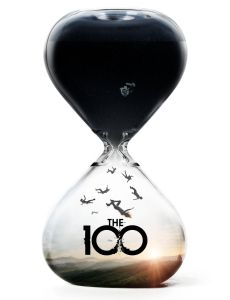 I am almost certainly late to the game here, but over Thanksgiving weekend I discovered the CW’s The 100 thanks to Netflix. I don’t wanna say, but I may or may not have binge watched the entire first season over the last few days (I did, but in fairness it was only 13 episodes).

I genuinely did not expect to like this show. I thought it would have poor production value and from the couple of trailers I saw I was expecting bad CG dinosaurs and a Good camp of teenage refugees doing battle against a Bad camp; where the Goodies were all good and the Baddies were all bad.

Not a dino to be seen (yet at least). All the Goodies have to make real life decisions which have them compromising their principles when they have to in order to survive or for the good of the camp. The Baddies are not bad, they are just doing what they think they have to, again in order to survive (with just a couple of exceptions, which were thankfully quickly sidelined).

Best of all? No character is safe. They have killed off SO. MANY. PEOPLE. Not that I’m blood thirsty, but this is a show called The 100, so you kind of expect there to be 100 kids (all under 18) to still be there at the end of each episode. Noooope. Not even close. And not redshirts either. Goldshirts are not safe at all.

This is good stuff, and I highly recommend it!

Times like this morning, when you discover that your kid pee-sploded last night’s PJs. No big deal, it happens. So you go searching for others and you find a pair of PJs that you bought for him before he was even born because you knew that they were awesome and that he would need them eventually.

Yeah. Days like today, when your kid is running around with the cape of his Superman pajamas flapping in the wind, totally unaware of who Superman really is, makes the hours of screaming tantrums (approach being) worth it. 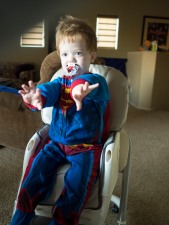 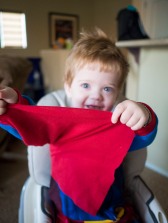 Sometimes you just gotta geek out. 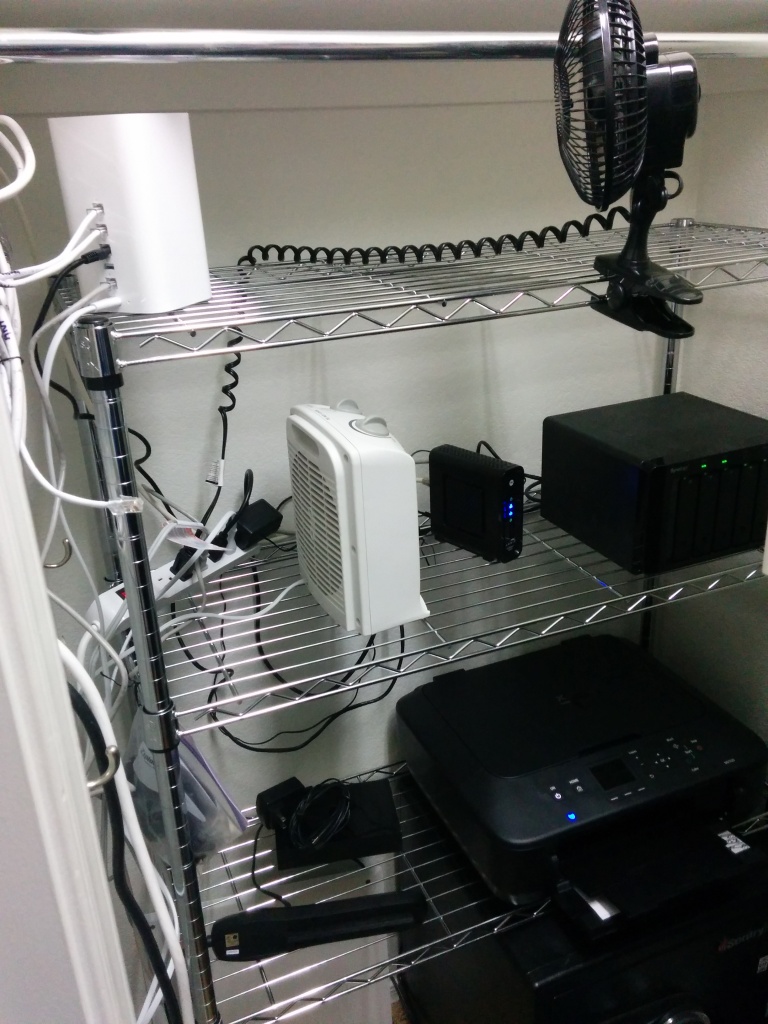 This doesn’t look like anything special, but since moving home I’ve slowly been putting my network back together, and this time I’m trying to do it right. Today I bought and put together the shelves for it and I’m just about done I think.

We have a docsis surfboard 3.0 powering an Airport Extreme (not pictured are a couple of other Airport Expresses blanketing my house in Wi-Fi goodness). I also have a Canon networked printer/scanner that was cheap but does the job and a Synology 1511+ with 5 x 3Tb drives in RAID5, running Plex. Last on my list is to try offloading the Plex server to an old iMac and see if it runs any better. If not, back on the Synology it goes!

The fans are because it gets HOT in that little space and I don’t want anything to fry too easily. It IS Arizona, after all.

See this? This is what happens when you find all your old crap in the storage unit that you were sure you were never going to need again. Of course it helps if you’re punchy from cleaning out said storage unit for nearly a week, looking at the same cement hallway the entire time, eating the same food, and talking to the same person (namely me).

This morning I woke up to a very short email from SmartThings announcing that the much rumored acquisition by Samsung had gone through:

END_OF_DOCUMENT_TOKEN_TO_BE_REPLACED

I’m back from Vegas, and I will write much much more about the trip later, but I’m short on time (Holiday shopping MUST be done today!) and I just wanted to share a little bit of TMI for all of you.

Consider yourselves warned. The first real Transformers trailer is out and it looks so bloody cool that I want to have sex with the TRAILER (YouTube here), much less the movie! Yes, it is that insanely hot. And I’m that insanely insane. Vegas’ll do that to you.

So do I look lighter? Like maybe about two thousand bucks or so? Let’s just say that I might as well have not bothered with buying and installing a new harddrive when my laptop was attacked by a suicidal duck. A problem which started in Glasgow (and which, in fairness, I was warned would eventually get worse) has finally taken it’s toll. My power cord, which for some unknown reason that I don’t follow is different from all American powercords, has stopped charging my laptop. I’ve tried ordering replacements on multiple occassions, but I’ve heard the phrase “the manufacturer is backordered and is unsure of when they’ll have more” a whole more than I’d like to.

So I finally gave up and submitted to the inevitable and went to buy a new computer. This one happens to be a tiny little Fujitsu LifeBook S6000 Series. I more or less like it so far, though like all things there are little bits which annoy me. You know, Chris Bowles is my hero because he’s still typing on an ancient laptop he got from his Mom when he graduated from college in like ’98. I however can’t keep a computer running much beyond 2 and a half years! Hopefully this one will last longer because I intend to build/buy myself a nice desktop as soon as time/funds allow, thus hopefully mitigating the amount of abuse I put this machine through.

So that’s what I’m doing for my Friday night. Trying to find the various programs that I usually have and reinstalling them . . . sans whatever trojans or what have you which caused such slowdown on my previous laptop, preferably. Aren’t I just a barrel full of laughs?

I hope everyone is well out there. I feel like I’ve not been in contact with others as much as I should be and I’m sorry if you’re one of the many who have been ignored by me, I do apologize!

P.S. In other news, my swanky new business-cards-with-my-picture have arrived. They’re pretty cool, though I’m still a little weirded out about the implied level of vanity required to hand out pictures of yourself to everyone. There’s no copy online thusfar, but if you wanna check out the very talented photographer/graphic designer who did the work for me, you can click here.