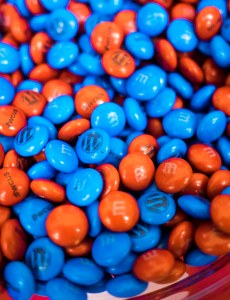 This past weekend I had the opportunity to participate and volunteer at the Inaugural WordCamp US in Philadelphia, which is a nation-wide conference for developers of, professionals who work with, and major fans of the software which runs 25% of the Internet . . . WordPress.

It was by no means my first WordCamp, which are held regularly all over the world, but it was my first national-level WC. Before WCUS, the main national WordCamp in the United States has been held in San Francisco each of the previous 9 years and I had never managed to make it, much to my regret. I was so excited to finally get to attend this gathering of people who make WordPress such a huge part of their lives . . . and it didn’t disappoint in the slightest!

END_OF_DOCUMENT_TOKEN_TO_BE_REPLACED 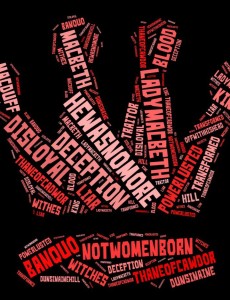 Almost a year and a half ago I was sweating myself to death in London, just two months in to the epic Project Wanderlust. Kendra, Mal, and I were living in a fairly small one-room studio for the month, and we were about to be joined by our friend Kylie who would be staying for a fortnight (I know, what were we thinking? Things got . . . cozy. Not like that, pervs).

END_OF_DOCUMENT_TOKEN_TO_BE_REPLACED 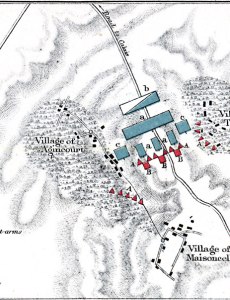 As you may or may not know, I have not always been the captain of industry and king of all things technological that you see before you. In fact, once upon a time, I was a fish in an entirely different pond . . . the vast ocean of academia.

Whilst I was such a gill-bearing aquatic creature, I had vague visions of some day being a college professor in my own right; so the fact that I specialized in Medieval and Renaissance Warfare was . . . well, it wasn’t quite as ridiculous at the time as it sounds now.

OK, yes it was. But there were knights and they hit each other with swords!! That shit is just cool.

For my Master’s thesis (yes, you may call me The Master . . . no relation) I wrote fairly extensively on the topic of propaganda. Specifically, I compared two incredibly bloody battles and how they were perceived not just at the time but since then.

END_OF_DOCUMENT_TOKEN_TO_BE_REPLACED

Today the world lost a shining light. Marie Joyce Elward, my grandmother who was always called “Gigi” by her family, left us to join her husband, Mel, and her many friends who have gone before her to the Beyond.

My family and I had gone up to visit her in her home, and were joined by my mother and my aunt. We all spent time sitting and talking with Gigi (who had long since slipped in to a coma, but we spent quite a lot of time talking to her anyway) for some time before we decided to head out. My family towards home and my mom and aunt to lunch. None of us were gone long before the nurse called to let us know that she had passed.

Opinions vary as to whether she just wanted some peace and quiet in her house so that she could get on with getting on; or if she was the consummate hostess until the end: she couldn’t leave until all of her guests had!

END_OF_DOCUMENT_TOKEN_TO_BE_REPLACED 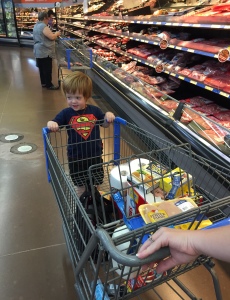 It’s not often that you get told you don’t talk enough about your kids, but unlike some people that I’m married to, I don’t post a whole ton on Facebook (and my dearth of FB posting is literally infinitely more than I used to, since I only recently re-opened my account).

However some family members recently asked me to share some photos and stories of the kids, and rather than devote a ton of space and time to one story, I thought I’d spend a bit of time telling a few. 🙂

Why? Because the little brats are small and it’s not like they can read.

END_OF_DOCUMENT_TOKEN_TO_BE_REPLACED

Last night, Kendra and I attended our first ever political rally.

It’s not that I don’t have what you would describe as a political bent, I just learned from a fairly early age to keep it to myself.

You see, my family has always been incredibly political in nature. My grandfather served in the United States House of Representatives for 30 years (retiring when I was a toddler) and my uncle took his seat when I was in grade school. But they were both staunchly conservative Republicans, though from an age when bipartisanship was seen as a leadership trait and the idea of shutting down the government in a fit of pique was . . . well . . . it wasn’t even an idea. Because who would do such a bat-shit insane thing?!

Anyway. When you grow up in such a family, when you have both social and economically left leanings you keep your mouth shut or risk facing the ever-dreaded look of disapproval not just from said grandfather, but worse yet . . . from your grandmother.

END_OF_DOCUMENT_TOKEN_TO_BE_REPLACED

But who cares, right? Everyone knows that Green Apple skittles are way better.

That was a TEST!! If you didn’t just have a violent reaction of shock and horror bordering on the physical and nearly throw whatever device that you are reading these words off of out of the nearest window, then we are no longer friends and I invite you to discontinue following this blog.

END_OF_DOCUMENT_TOKEN_TO_BE_REPLACED

As has been discussed ad nauseam, I’ve been ridiculously in to little projects lately. I don’t know why I’ve gotten such a thrill out of making shit, but if anyone’s been suffering from it, it’s been my poor wife.

Well I no longer feel sorry for her.

While she has been in Seattle these past couple of weeks, she indulged in her own favourite hobby, hitting up the Thrift Shop (props to Macklemore, another Seattle native) and she found me the most outrageous gift ever.

END_OF_DOCUMENT_TOKEN_TO_BE_REPLACED

I am fairly infamous amongst my family in my dislike for zoos. When I was younger I was like any other kid in loving them (so I’m told), but as I grew older I started being a bit snide and calling them “animal jail,” and as an adult I’ve basically refused to go.

But apparently I have a price.

That price is an adorable brown bear which will wave at you if you throw him bread.

No shit, my heart just melts every time I see that video. I can’t even stand it. I have had a thing for bears since just about forever, and when I found out that this guy’s home was “near” Seattle, I demanded we go.

Then I forgot about it.

END_OF_DOCUMENT_TOKEN_TO_BE_REPLACED 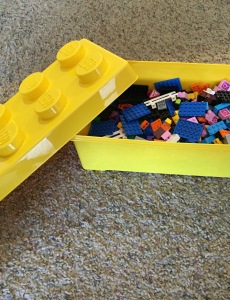 Father’s Day isn’t until tomorrow, but we’re not exactly one for patience in this family (see, for example, our smallest member who just couldn’t wait to be born). In this case, my wife, who frequently depairs at great volume of ever managing to find me presents that A) I genuinely want, B) do not cost a small fortune, and C) I haven’t already bought for myself; proudly proclaimed that she had found me the perfect gift about a month ago.

And then she tortured me about it for the intervening weeks.

She would gloat. She would say “Oh man, I wish that Father’s Day would hurry up so I could give you your present!” (as if SHE were the one suffering). She would quietly ruminate over whether or not I would really like it. Basically, she was being her usual evil self. Because she’s evil.